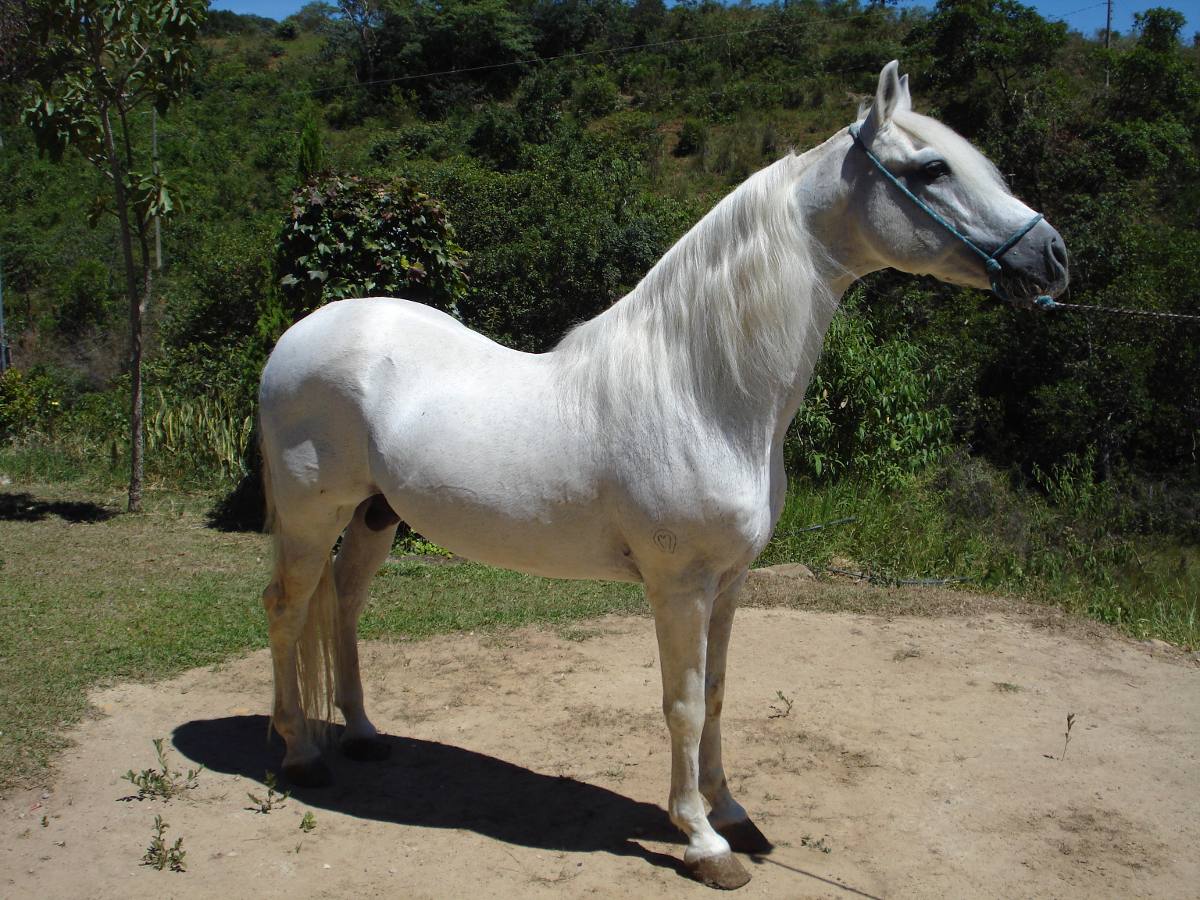 Cassiano Campolina began a breeding program in 1857 on his ranch in Minas Gerais, Brazil.  He wanted to produce horses with great presence yet with calm temperaments and comfortable paces.  The Campolina is gaited—as well as the usual paces it has an additional four-beat lateral gait.

In 1870, the Brazilian horse breeder Cassiano Campolina bred a black mare of Barb breeding to a pure Andalucian stallion.  Their dark gray colt foal, named “Monarca”, is considered to be the Campolina’s foundation sire.  He served as a stallion on the ranch for 25 years, being bred mainly to Criollo mares.  Sr. Campolina also used a mix of other stallions to achieve his aims, including Anglo-Norman, Holsteiner, American Saddlebred, a part-Clydesdale and, to further refine the breed, the Mangalarga Machador.  In 1934, the studbook was closed and a Breed Association and breed standard was created in 1951.

The Campolina has presence and substance.  He sports an attractive head with quite big ears and kind, dark eyes set on a strong and arched neck.  He has a full as well as silky mane – a sure indicator of Andalucian blood.  The croup is slightly sloped, and the hindquarters round with a lowset tail. 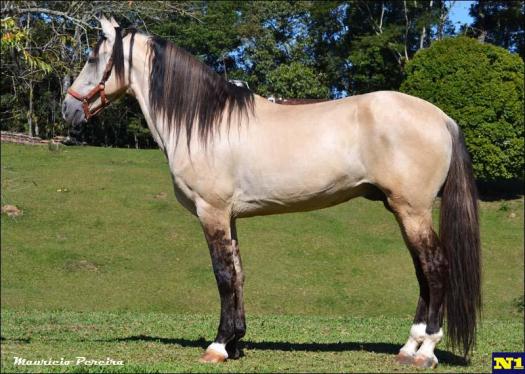 Campolina horses can be any color, but a great many exhibit the attractive dun coloring, evidence of the Criollo blood.  A dorsal stripe and zebra markings on the legs are also common.