Longfellow, for one, did not seem to associate Chaucer with the sounds and smells of 14th century London. 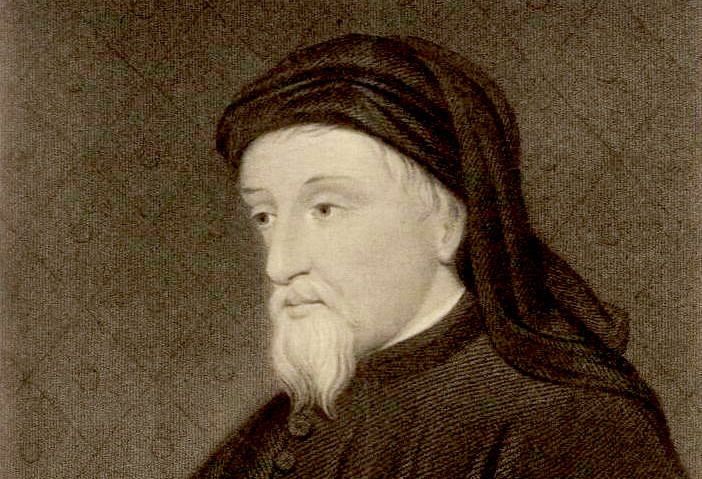 This is a rather interesting sonnet about Chaucer, given that he was a city-lad, so to speak, as opposed to the Pearl Poet, who would have been more of a country-person, though the two seem to have know each other.

An old man in a lodge within a park;
The chamber walls depicted all around
With portraitures of huntsman, hawk, and hound,
And the hurt deer. He listeneth to the lark,
Whose song comes with the sunshine through the dark
Of painted glass in leaden lattice bound;
He listeneth and he laugheth at the sound,
Then writeth in a book like any clerk.
He is the poet of the dawn, who wrote
The Canterbury Tales, and his old age
Made beautiful with song; and as I read
I hear the crowing cock, I hear the note
Of lark and linnet, and from every page
Rise odors of ploughed field or flowery mead.

Longfellow wrote rather educational sonnets on several English poets, but since he was one of the greatest American sonnet writers of the 19th century, his sonnets are much better poems than the adjective “educational” might suggest.