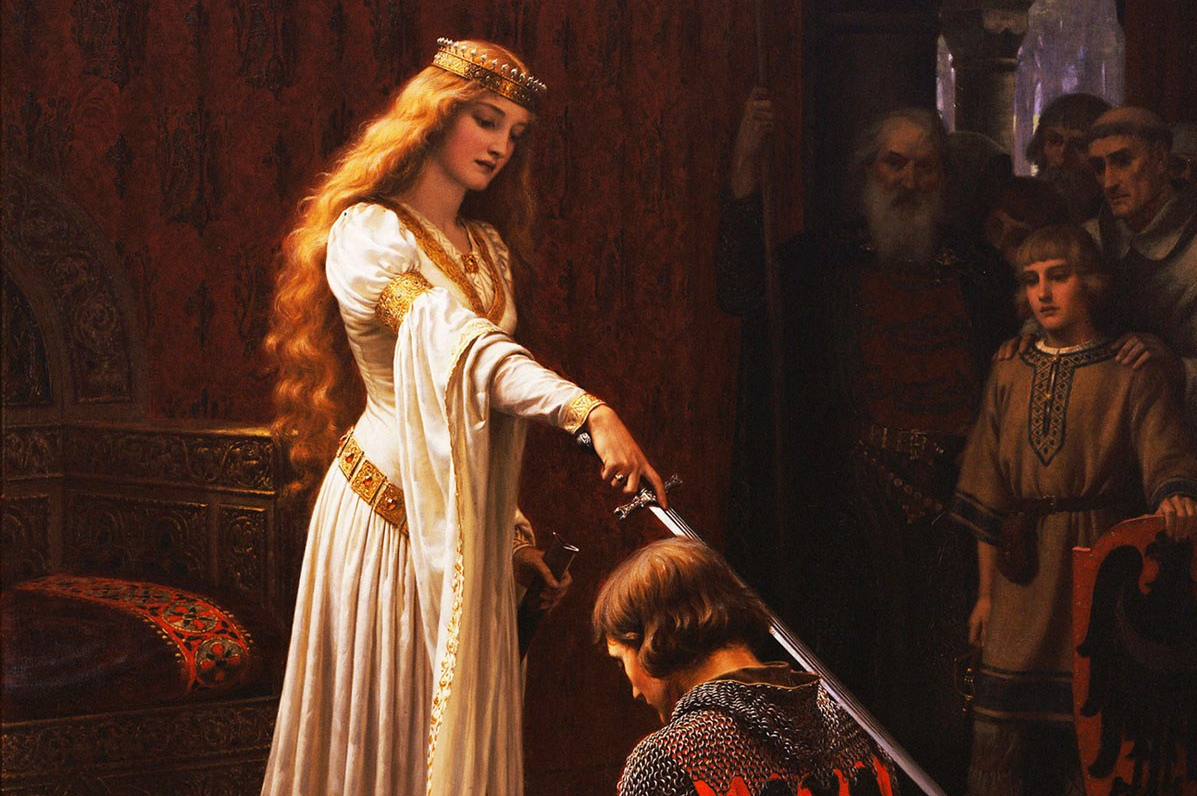 Finishing “The Age of Fable” in Bulfinch’s Mythology, we came across today’s featured painting in the very beginning of “The Age of Chivalry”:  Edmund Blair Leighton’s “The Accolade”, painted in 1901.  The girls and I were very much impressed.  What a beautiful painting!

Although this painting, as many others of the same painter, appears to be rather well known, little seems to be known about the painter himself beyond some basic biographic details.  Edmund Leighton, who was born on 21 September 1852 and died on 1 September 1922, was an English painter who appears to have lived in London all his life.  He specialized in historical scenes, particularly of the medieval era.  “The Accolade” is one of many paintings on the subject of chivalry that he painted in the 1900s.

The Romances of medieval literature present to us this idea and ideal of chivalry.  In short, chivalry is an informal and varying code of conduct which developed in the late 12th and early 13th century in Europe.  It is associated with the medieval Christian institution of knighthood, and makes for a very interesting topic both in literature and in art.  Typically, our concept about chivalry is based on Geoffrey of Monmouth‘s Historia Regum Britanniae which introduced King Arthur and his knights as being the actual royal history of England.  Bulfinch draws a lot on Monmouth’s “fabulous chronicles”, which he considers to be a “formidable body of marvelous histories”.